A few years back, a sapling took root out front by the Japanese maples and rhodie patch.  I let it live, figuring it was okay there and might contribute more shade for the rhodies.  But I never had figured out what kind of tree it was.
Until yesterday.  It bloomed for the first time, so I sauntered over for a closer look.  What I found was a shocker.  After three failed attempts to get cherry trees going on that side of the house, I now had TWO, going gangbusters!  Turns out the other tree I discovered last year when I took out the rhodie killed by the freeze a few years back is also a cherry tree! 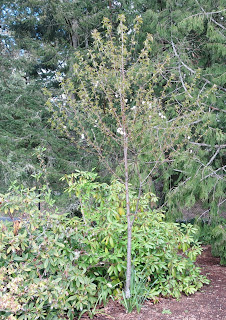 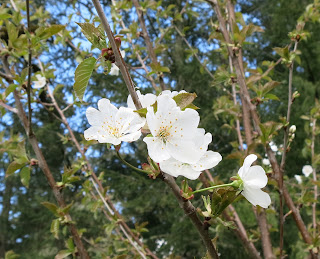 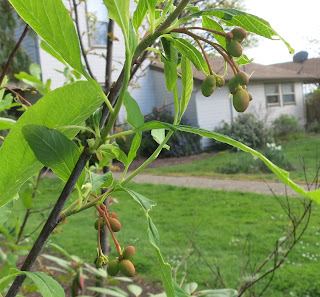 The tree growing out of the rhodie patch has a lot of fruit on it this year﻿
Posted by Morgan River.blogspot.com at 2:40 PM No comments:

First fondue of the season on Friday night.  Trent and Carla came over for snail snot (oysters, freshly harvested and hauled home from Newport on Friday morning) and fondue, along with Carla's crock pot black forest cake.  The weather was beyond perfect, the company beyond compare as always 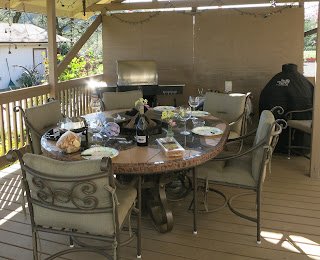 Looking forward to many more to come!﻿
Posted by Morgan River.blogspot.com at 2:36 PM 2 comments:

Progression of the Season 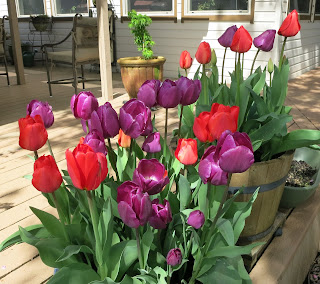 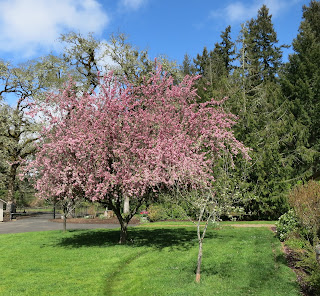 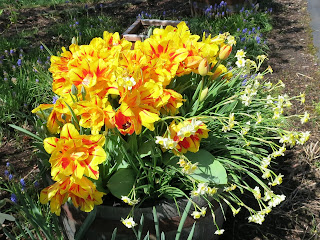 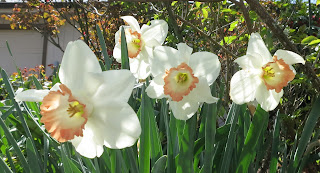 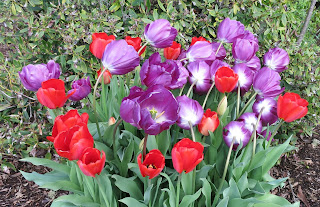 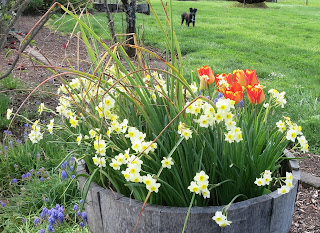 The wasn't a keeper, except the background photobomber 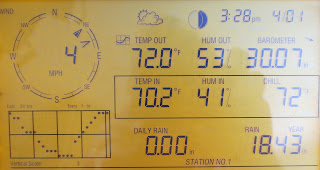