For us, March came in meekly but is leaving with that missing lion's roar, more or less.  Frosty mornings and random snowshowers mingled with rain, hail, wind and the odd thunderclap have been the order of the day for the past week.  The snow didn't stick at the ranch level, but at Green Peak just west, it kept getting frosted with flakes.

The good news is that we didn't fertilize and then get 5" of rain the next day as happened last year, meaning that the rain we did get just gently ushered the nutrients into the soil instead of washing them roughly into Frank and Sharon's grass seed fields to our east like last year.  And, with two cows left to calve this spring, it hasn't been as hard on either calves or humans as in years past.  No one calved in a snowstorm or torrential downpours in freezing temperatures.

The other good news is that the grass is growing.  So much so that we are going to string the electronet around the lawn by the maternity pasture and let the sheep have at it rather than try to mow it.  And the spring bulbs are popping all over, lending their colour and fragrance to the season.

While the southwest, Gulf coast and deep south are already dealing with summer, up here in the Pacific Northwest and all the way across the northern tier of states to the Northeast, we are still waiting for spring.  It'll come, it always does 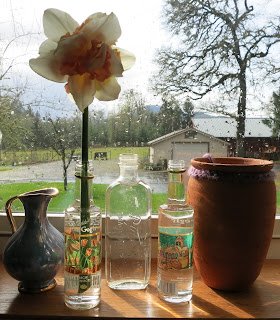 It was a long night Friday night.  I knew Joy the heifer was going to calve, but not having an exact breeding date, I wasn't sure when.  By all indications, it was going to be soon, very soon.  Dr. Vanegas and his gang of merry students from the OSU Large Animal Vet programme came out Friday afternoon to check her out and make sure all was well and try to give me an idea of when.  He had barely gotten inside when he said hey, the feet are right here.  That was good; it meant that the feet (and head) were in the correct position to enter the world.  It also meant that she was very, VERY close.  He thought by Sunday at the latest, which meant yet more sleepless nights.  He also said that the calf was pretty good sized, which is a bit scary with a first timer.  And, given the stress of being in the squeeze and examined, that might just kick start things.  He was dead on with that last one.  Two hours after they all left, I looked out to see Joy separated from the rest of the mommas, tail kinked, and lying down in obvious labour.  I noted the time, and figured I had a while yet.

At around 8, I went out again to check and found two black feet, soles down (good), not so big (better).  Things were moving along, but Joy didn't seem to be making any progress, and wasn't trying as hard as I felt she should be.  At 10, the feet hadn't progressed at all, and while she was down and straining, I grabbed and tried to help.  Any stockman will tell you that is what OB chains are made for, and they'd be right.  Too slippery to barehand, but at least I could feel the nose and flipped the tongue that was sticking out, noting a live calf at this point as it flipped back at me.  What I didn't feel was even a micron of space between the top of the vulva and the head.  Not good, and I knew she'd been pushing for long enough that should have stretched to accomodate the head, but hadn't.  At around 11, I called in the troops, Frank and Sharon, fellow cattle ranchers across the road and good folk to have on your side in a tough calving.  They arrived, and for the next hour, we worked that calf out little by little with pretty much no help from Joy at this point.  Finally, the head cleared the vulva and the rest of the calf followed in a rush.  And, she was alive.  Always a good thing.  Joy was past exhaustion and just stood there, literally in shock.  Frank dragged the calf out into the alleyway and I got some straw and tickled her nose to get her cough up fluid, then got a towel and started roughly toweling her off, just as mom's tongue should have been doing.  Dries her off and get the circulation going, warms her up.  Frank and Sharon in the meantime built a makeshift corral there in the alleyway to keep Joy close to her new daughter, but Joy didn't care about her at all.  To her credit, we pushed her around quite a bit as we were working on things and she just moved, didn't offer to kick or butt us.  She's a good cow, but the shock of having her first calf pulled kind of put her in a trance of sorts.  This isn't unusual in a hard calving, especially with a heifer.  What I was hoping for is that she would pull out of it and get to her mom duties.  Sharon sprinkled salt on Amy to get Joy to lick her and start the bonding process, but Joy didn't even notice her daughter was salted.  Frank and Sharon headed home a little before 1 in the morning Saturday morning, and Good Kitty and I settled into the chair in the barn to snooze and keep watch, bottle of colostrum in hand.  Amy had a great suck reflex so instead of tubing the colostrum down her, I just bottled her.  Figured I might as well, in case I ended up having to bottle her for the next three months.

Joy finally started to come back around 5 in the morning, but she still wouldn't lick Amy.  Amy would get to her feet and wobble around to the faucets, and Joy would kick her away.  I'd step in with the bottle and Amy would suck it dry.  I had to switch to lamb milk replacer but she didn't notice the difference.  Bonnie showed up a few hours later, and we rigged the squeeze for nursing, got Joy in, cleared her teats and tied up her rear legs so she couldn't kick, and introduced Amy to what she'd been wanting all this time.  Joy wasn't too happy about things, and I remembered Dawn and her adopted son Scooby, and the month of doing this I went thru last year with them.  Not much fun.  Maybe Amy would just be a bottle baby after all.  But, after Amy drained all the teats dry and just wanted to play with Bonnie's fingers, we moved her into the sheep pen and then fixed up a path for Joy to go in, figuring we'd have to drive her in.  But, once Amy went into the pen, Joy started getting antsy in the squeeze, wanting to be close to her daughter.  Bonnie released the chute and Joy went right into the pen after Amy, which was a good sign.

Throughout Saturday, I moved Joy into the squeeze a few more times to let Amy nurse.  Joy started getting pretty resentful of having to be in it, and it was getting harder to do so, thus I figured that by nightfall it'd be back to the bottle for Amy.  At the 1 am Sunday bottle, things were still as they were; Amy trying to nurse, Joy kicking her away, Amy draining the bottle.  But somehow, in the next few hours, things changed dramatically.  At the last bottle, Amy wasn't thrilled.  I was concerned that something was wrong with her, but no, she seemed fine, not dehydrated, bouncing around, lively as can be.  That's when I noticed that Joy's teats were empty and chewed up.  Could it be? Yes - Joy stood there chewing her cud as Amy wandered back to the faucets and helped herself!  And then, Joy started enthusiastically licking her daughter up one side and down the other.  Success!  I wanted to give them a few more hours to cement the bond, and later that morning I let them back out into the pasture.  And it's all good.  Joy is milking well, Amy is bouncy and curious as she should be, and tonite I plan to actually sleep all night for the first time since Tuesday.  Yep, it's all good. 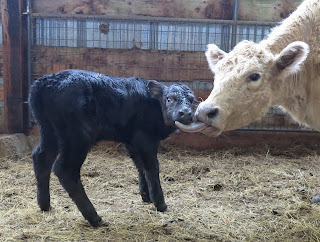 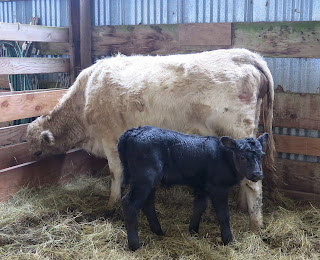 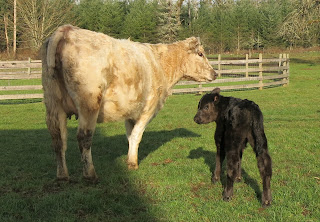 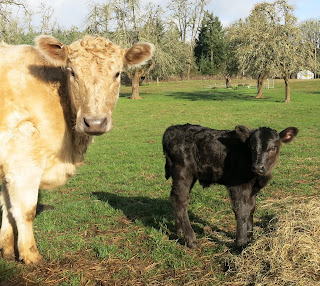 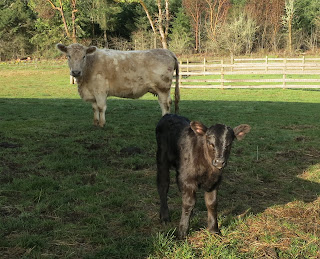 It's so very hard to show in pictures what is a gorgeous, serene setting in real life.  Take my word for it - the swing, under mild skies, with the sweet scent of the wild violets wafting over to your nose, is the place to be on a day like yesterday 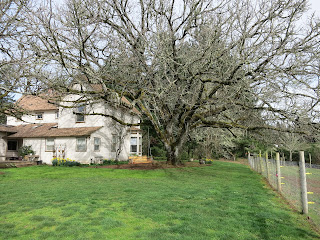 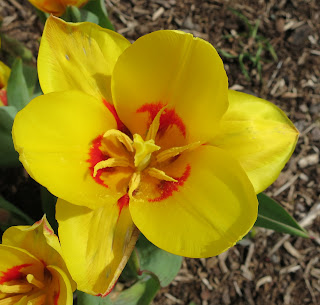 Posted by Morgan River.blogspot.com at 11:58 AM No comments:

It was a beautiful, somewhat sunny and somewhat warm (for us) day the other day, so Dale broke out the sprayer and shot the dogroom and revamped west wall of the garage/shop with primer in preparation for painting 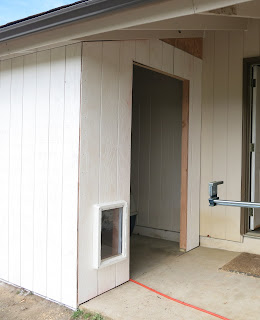 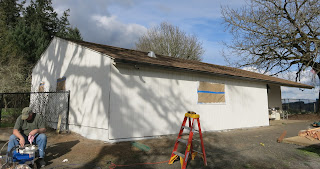 Posted by Morgan River.blogspot.com at 11:50 AM No comments:

Dale and Alex have been hard at it.  I should also mention that not only is it the dogroom, but also finally fixing the leaky west wall of the garage/shop.  One would think that living in Western Oregon, where our biggest storms come howling out of the west, packing high winds and heavy rain, that one would know that one should install siding over at the very least tar paper or Tyvek or Raindrop sheeting, not over bare studs.  So, the guys sheeted over the old T111 with tar felt and installed new T111 siding over it.  Problem solved.  No more floods on the workbench after storms. 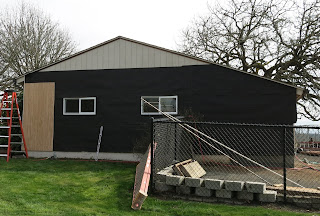 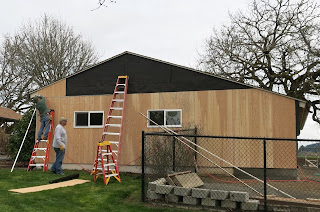 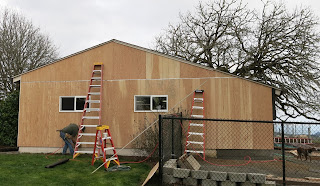 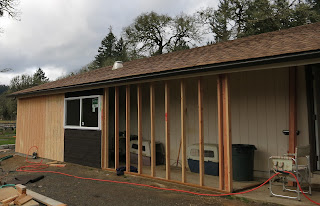 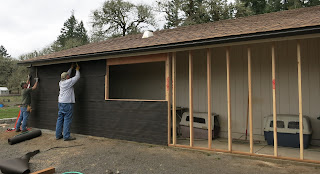 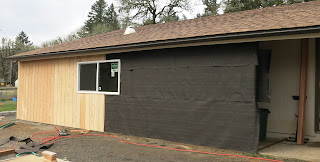 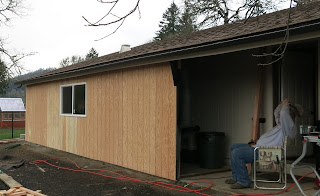 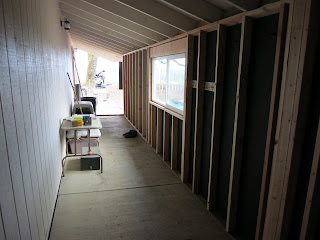 Posted by Morgan River.blogspot.com at 11:47 AM No comments: 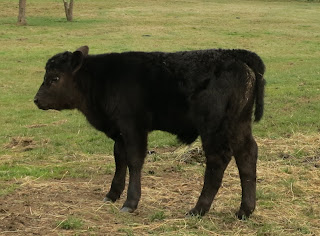 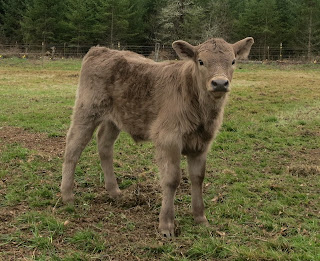 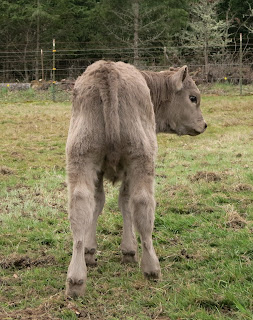 Posted by Morgan River.blogspot.com at 5:11 PM No comments: 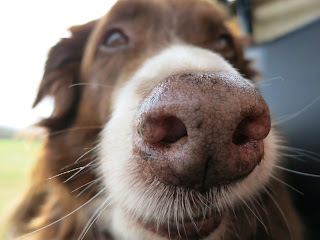 Posted by Morgan River.blogspot.com at 5:09 PM No comments:

Yesterday morning, Frank (Nusbaum Farms) showed up with the Way Wicked Willys fertilizer buggy to do our pastures and hay field.  You really haven't lived until you've seen one of these beasts up close and personal.  It's a 'hybrid' - truck front axles, Chevy running gear, homemade about everything else - but it gets the job done, and right quick too 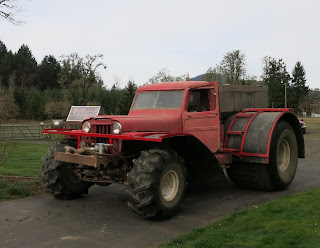 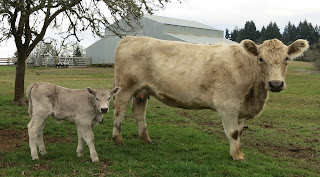 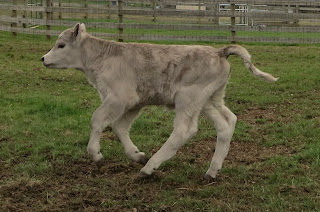 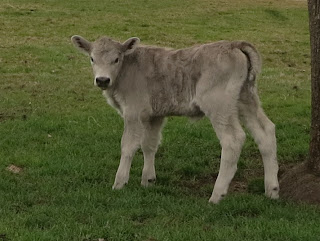 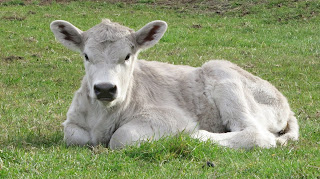 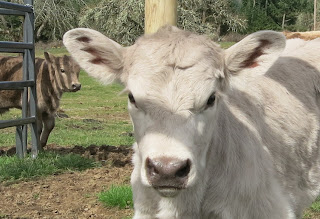 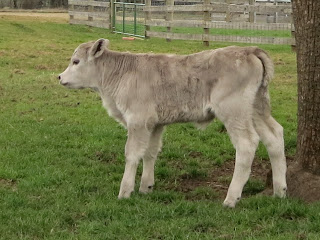 Posted by Morgan River.blogspot.com at 5:01 PM No comments: